RFC Ambrian has released the second report in its series on new technology and innovation. This report examines one of the most talked about areas of new technology and innovation in the mining sector, the development of autonomous mining equipment. Which has reached an important level of maturity, including both surface and underground equipment, and most notably surface mine haulage trucks which has been an area of significant focus for major mining companies.

Autonomous haulage systems: The report looks closely at the current implementation of Autonomous Haulage Systems (AHS) and examines how autonomy in surface mines has developed over the past ten years, the companies involved, how successful it has been, and where there are still issues.

Cost benefits of AHS: The report also looks at reported improvements in productivity given by the mining companies and OEMs as well as third party reports of calculated benefits. It also explores the potential additional benefits that could be achieved from introducing AHS at a new surface mine.

Other surface mining equipment: We are also now seeing the same technology as is used in AHS being used to automate other equipment in the surface mine. This includes drill rigs, dozers, loaders and ancillary equipment, although much of this equipment is currently, at best, only semi-autonomous.

Pace of implementation: Despite the reported success and potentially significant benefits of autonomy, particularly AHS, the further roll out across the industry is happening slower than might have been expected. This is surprising given that the technology has reached a relatively mature level and that there is interest right across the industry. The report looks at some of the issues behind this and gives views as to why this might be the case.

The Earth has a pulse! Geologic activity on Earth appears to follow a 27.5-million-year cycle, giving the planet a “pulse." Improved radio-isotopic dating techniques and changes in the geologic timescale, lead to new data on timing of past events https://scitechdaily.com/the-earth-has-a-pulse-27-5-million-year-cycle-of-geological-activity-discovered/ #geology

RFCA's operational assessment toolkit subscribes to the view “you can’t manage what you can’t measure”. Our highly flexible proprietary methodologies for the design & management of mining operations is beneficial in a range of objectives & scenarios - https://bit.ly/3sCQdCv

RFC Ambrian Limited is a global leading independent adviser and investor in the natural resources market. We have a particular emphasis on the Metals & Mining and Oil & Gas sectors, with a proven track record of specialist advice.

This website uses cookies to improve your experience while you navigate through the website. Out of these, the cookies that are categorized as necessary are stored on your browser as they are essential for the working of basic functionalities of the website. We also use third-party cookies that help us analyze and understand how you use this website. These cookies will be stored in your browser only with your consent. You also have the option to opt-out of these cookies. But opting out of some of these cookies may affect your browsing experience.
Necessary Always Enabled

Performance cookies are used to understand and analyze the key performance indexes of the website which helps in delivering a better user experience for the visitors.

Analytical cookies are used to understand how visitors interact with the website. These cookies help provide information on metrics the number of visitors, bounce rate, traffic source, etc.

Advertisement cookies are used to provide visitors with relevant ads and marketing campaigns. These cookies track visitors across websites and collect information to provide customized ads.

Other uncategorized cookies are those that are being analyzed and have not been classified into a category as yet. 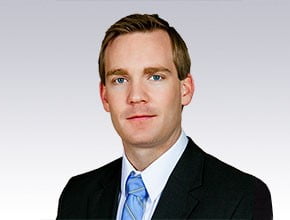 Launching his career with EY in Houston, Texas Chris worked in both Assurance and Transaction Advisory Services while qualifying as a CPA in Texas. 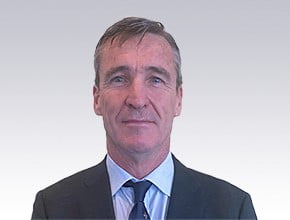 DSC and Bar, AM, OBE

John is a proven transformational leader who is experienced in high threat environments and emerging risks within the National Security environment. He has successfully transitioned into the private sector identifying significant new markets. Key to this is the ability to develop focused and diverse teams operating in challenging and unfamiliar environments necessitating dynamic and often unconventional approaches and thinking. Significant experience in leadership on operations, change management, strategy & planning, human resources management, training, education and marketing, specially the management and integration of change. A proven track record in partnership development from the strategic to the tactical level – internationally, regionally and domestically.

John has been awarded a number of distinctions in his career, including an “innovation solutions” in Australia’s Public Sector Innovation Awards for a project he led to equip Afghan security forces with anti-mine radio jamming equipment. 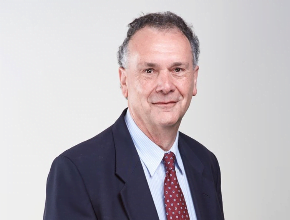 Nick commenced his career as a research scientist with CSIRO, where he developed and commercialised novel on-line analysis measurement systems for the coal, power and oil industries. He was a co-recipient of the 1992 Australia Prize in recognition of his commercialisation of technology with global impact. In the past 20 years he has held senior management roles in CSIRO, where he led the development of technology platforms that have been instrumental in the founding of four spin off companies delivering technology solutions to the mining and security industries. His passion is the translation of breakthrough science for industry impact.

Dr Cutmore has received significant awards for his efforts in the commercialisation of science including the Australia Prize, the CSIRO Medal for Research Achievement, the Eureka Prize in Support of Defence and National Security, and he is an elected Fellow of the Academy of Technology and Engineering. 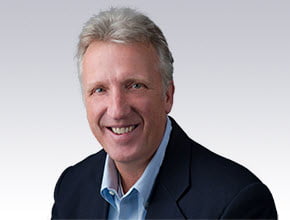 Richard serves as Director of the Innovation and Entrepreneurship Center (IEC) at NREL, an externally focused division leveraging the laboratory’s resources in support of the clean tech mission as well as the Director of the Center for Renewable Energy and Economic Development (CREED). The IEC administers two multi-million dollar technology incubation programs (IN2 and GCxN), which Richard has been instrumental in establishing, and a variety of programs and external relationships serving the NREL mission.

Richard is passionate about sustainable technologies, startups, and early stage growth companies and seeks to promote the NREL’s successful technology incubation model with capable organisations globally. As a leading expert on technology commercialisation, entrepreneurship and investment he is regularly invited to speak at international and US events and will bring a wealth of experience and important connections to the Fund.

Tell us about your opportunity 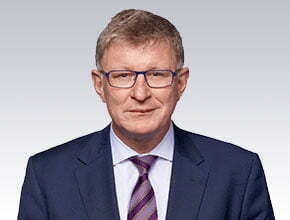 Rob began his career working on deep level South African mines for Anglo American. He has been involved in numerous transactions in the mining, oil and gas, and related industry sectors and has extensive knowledge of the resources sector. He has also led numerous company-wide asset reviews, and has provided strategic advice to CEOs and boards.

Having worked in multiple jurisdictions including Australia, Africa, South America, USA, Canada and Asia, he has an extensive global network of friends and contacts in the resources sector.

Rob is the lead relationship manager with CSIRO, having nurtured the strategic partnership beginning with RFC Ambrian’s commercialisation support for the PhotonAssay© technology of Chrysos.

Rob also serves as Chairman of Chrysos, NextOre and Conveyor Manufacturers Australia and is passionate about supporting Australia’s emerging technologies in heavy industries.

We are currently seeking 3 additional corporate finance advisory staff for our Australian offices.

To be considered, candidates must have excellent tertiary academic qualifications and exceptional intellectual and interpersonal skills.

It is expected that candidates will also have around 5-10 years’ relevant experience, either:

The successful candidates will be involved in M&A, ECM and Strategic Advisory assignments in the mining and energy sectors.

The positions will provide:

To apply please send a short covering letter and resume to careers@rfcambrian.com